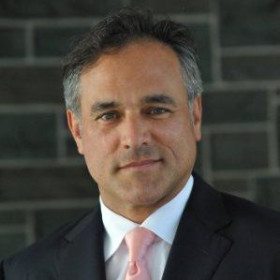 Marc Richard Moeller, Managing Director of the Academy of Orofacial Myofunctional Therapy (AOMT), and Executive Director and Founding Board Chair of the Academy of Applied Myofunctional Sciences (AAMS), has spoken on Orofacial Myofunctional Therapy (OMT) in 28 countries to date and supported the facilitation of research, public health projects, clinical protocols, and curriculum development in OMT with over 50 universities, hospital groups, and governments around the world.

Marc is also a Director of Communications of the Stanford Sleep Epidemiology Research Center. Since 2011 Marc has been on a Public Health Committee of the Teste de Linguinha (Frenulum Insepction Protocol) organized out of Brazil that has helped medically validate frenulum inspection protocols for infants (Martinelli) and adolescents/adults (Marchesan) that has passed 18 laws (including a national law in Brazil effective since January 2015) requiring frenulum inspection at birth for newborns. Marc comes to the field of Orofacial Myofunctional Therapy with extensive experience in sales and marketing strategy and management. Marc has spent the majority of his career working in business banking with experience in sales management, sales and marketing strategy, and integration of vertical business units across complimentary business lines. He has managed business banking units starting at Wells Fargo Bank while based in Los Angeles where he rose from an entry level business banking sales position to helping set strategy for the entire division. Based in London he was First Data Corporation’s Director of Sales for Europe, the Middle East, and Africa, crafting and managing the credit card processing sales and marketing strategies of Halifax Bank of Scotland, and Lloyds TSB in the UK, and Deutsche PostBank in Germany. Based in New York as the North American Director of the JPMorgan Chase Merchant Services Business Banking unit, the company increased business by over 500% within two years. He has also worked in film production where he developed television series, documentaries, and feature films, based in London, Sao Paolo, Brazil, Shanghai, China, and New York City.

Marc has extensive experience as a senior executive in finance, building and bridging strategies across multinational financial conglomerates, specializing in joint-venture integration. He is fortunate to apply this experience as a public health advocate, building bridges in the interdisciplinary profession of OMT facilitating research and developing curricula.Who is Marc Moeller

He is a graduate of University of California, San Diego and is based in Los Angeles. Marc is an adjunct professor at the University of the Pacific Dugoni School of Dentistry where he lectures to dental students, orthodontic residents, and the dental sleep residency program. He is fluent in French, Spanish, and Portuguese, and conversational in Italian and Mandarin Chinese.

October, 2017, Prague, Czech Republic
World Congress of Sleep of the World Sleep Society, Symposium Chair and Presenter, “Myofunctional Therapy In Modification of the Upper Airway In Sleep Disordered Breathing,” Chair and presenter symposium: “Myofunctional therapy as an adjunct treatment for sleep disordered breathing: validation of screening tools and objective measurements of progress for an emerging standard of care,” and “Evaluation and measurements of a 12 week orofacial myofunctional therapy program for sleep disordered children,” and “Universal screening tools for allied health professionals and sleep specialists: Orofacial myofunctional disorders as clinical markers for OSA.”

September, 2015, Los Angeles, USA
Academy of Applied Myofunctional Sciences 1st Congress, Co-Chair, moderator, and presenter, “A Myofunctional Mindset From Day 1: Prevention and Management of Orofacial and Nasopharyngeal Functions,” “Frenum Restriction & Assessment, Surgery, and Public Health Initiatives: A Discussion on the Need for New Medical Standards,” “A Call for Breathing Assessment and Re-education Across Health Disciplines Through Myofunctional Therapy Intervention,” “Sleep Disordered Breathing and Myofunctional Therapy: New Evidences and Calls for Standards of Care. Where do we go from here?”

Marc is an active participant in the following professional associations: